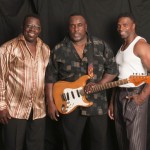 This North Preston, Nova Scotia blues trio has its musical roots in soul, rock and funk.

Carson Downey, brother Murray and bassist Marlowe Smith have been in the music business for 20 years, opening for great Chicago bluesman Buddy Guy and touring Germany, Greenland, Asia and the U.S. 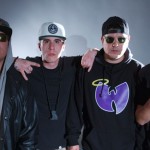 Hailing from New Brunswick and Nova Scotia, the group has performed with Bone Thugs N Harmony, YG, SonReal and Madchild and toured Canada with Wu-Tang Clan’s own Raekwon.

In 2014, the group was nominated for “Aboriginal Recording Of The Year” with their debut album “4Kingz” and won their first East Coast Music Award. Their latest release “Red City” was critically acclaimed as ‘one of the top 10 aboriginal albums of 2014.’

City Natives will be playing the MultiFest mainstage, Friday evening. 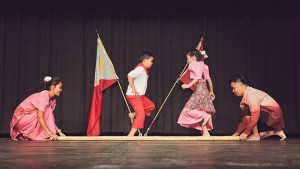 The Filipino Association of Nova Scotia (or F.A.N.S.) is a voluntary, non-profit society.

The society’s main objective is to foster social and friendly relations among members while promoting mutual understanding between Filipinos and people of all nations.

For the Love of Flamenco

For the Love of Flamenco is an amateur performance group of dedicated flamenco dancers in the Halifax area under the artistic direction of Maria Osende.

Featuring anywhere between four and 14 dancers, their performances offer a varied and colourful selection of flamenco dance and music styles. 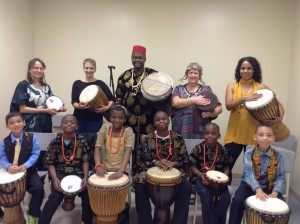 A multicultural group of individuals who share a love for African drumming.

The Halifax Multicultural Drummers Society will be performing during our MultiFest Opening Ceremonies (noon to 1 p.m., Saturday, June 27) as well as on our Evening B Stage (7:30 – 8 p.m.) 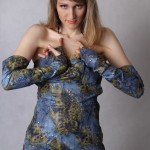 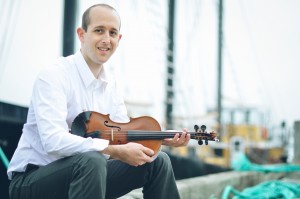 Fiddler Bradley Glen Reid and friends showcase some of the many composers of fiddle music hailing from Cape Breton and mainland Nova Scotia.

Get ready for reels, marches, waltzes, hornpipes and jigs as Jigs Start Here celebrates our province’s continuing contribution to the fiddle culture.

Katerina Sushko came to Halifax from Russia at age 16 to study at Saint Mary`s University. An avid dance student, she began to dabble in choreography.

Her longtime passion has been belly dance fusion, the style she continues to relate to the most. 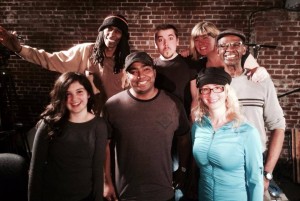 Heavily influenced by Bob Marley and The Wailers, KORE was founded at Halifax’s Sonic Temple studio in 2013.

KORE focuses on establishing the sound of the classic peak periods of Bob Marley & The Wailers in the late 1970s.

Along with Moja Makani, KORE will help close out our main stage program, June 28. 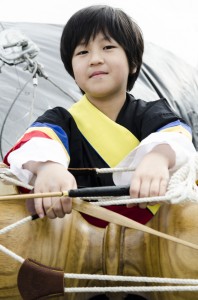 The Halifax-based Korean Drum Team have been a hit with past MultiFest audiences.

We’re pleased the group could join our mainstage line-up again this year as well as participate in our MultiFest parade. 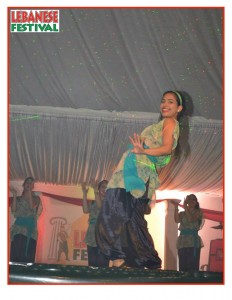 Enjoy the artistry and rhythm of Halifax’s Lebanese Festival Folk Dancers as they perform in full traditional dress. 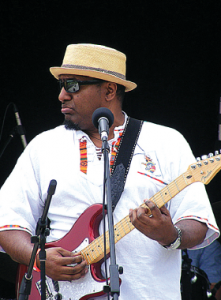 Mark Riley was born into a very musical family, just outside of Dartmouth in Lake Loon. Along with his nine brothers and sisters, he grew up singing in choirs, gospel groups and family sing-alongs.

The soulful sounds of the Mark Riley Band will have you grooving to R&B classics and tunes reminiscent of the golden age of Motown. 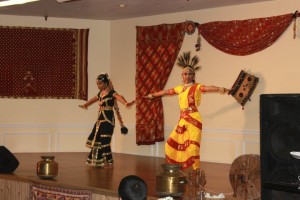 Members of the Maritime Sikh Society have been entertaining MultiFest audiences for years with traditional Indian dance.
Various groups from the society will be performing numerous times throughout the weekend on our mainstage. 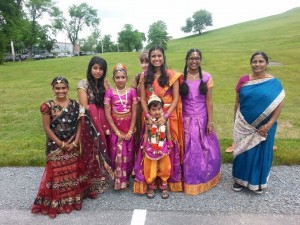 The group actively promotes the advancement of Telugu language and culture to ensure cultural traditions are carried forward. 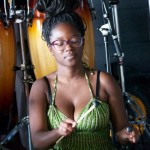 Specializing in African and Caribbean music, the group aims to promote cultural diversity through a mix of original compositions inspired by these cultures as well as music from other regions. 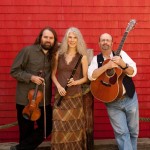 Embark upon an auditory journey through Ireland, Scotland, the Maritimes, Scandinavia, Eastern Europe and beyond.

Papilio is a progressive, neo-traditional trio from Nova Scotia that captures the organic spirit and drive of traditional Celtic, Folk, Nordic, and World music while giving it a new, contemporary, creative twist.

Their album First Flight was nominated for both an East Coast Music Award and a Music Nova Scotia award for Traditional/Roots Recording of the Year in 2014. 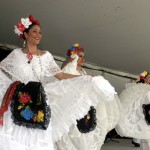 Latispánica has long been entertaining MultiFest audiences with dance inspired by the Latin Americas and will perform on our mainstage this year.

The Halifax-based group’s dedicated and talented volunteers are committed to the celebration and promotion of the Hispanic culture, as well as its diversity and integration in Nova Scotia. 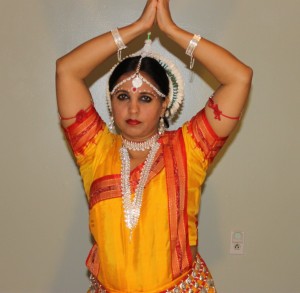 Odissi, the Indian classical-lyrical dance form from the state of Odisha in India, is an ancient dance form and combination of beauty, grace, rhythm, melody, spirituality and devotion. 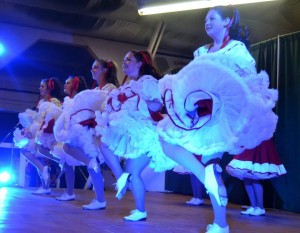 Under the direction of Artistic Director and Choreographer Mary Dunlop, Mary’s Islanders has been in operation for 37 years. 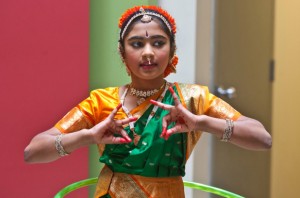 Jyotsna, Mouna and Pranathi Srija Challa peform their own modern
take on classical Indian dance in addition to entertaining MultiFest
audiences with their rendition of popular Bollywood moves 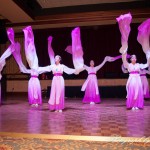 NS Chinese Culture and Art Club (NSCACC) aims to advance the public’s appreciation of the Chinese arts by producing and presenting high-quality performances. 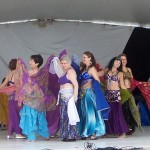 The group enjoys entertaining at a wide variety of community and charity events around the South Shore and around the province. 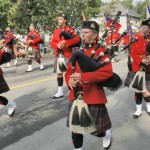 The RCMP ‘H’ Division Pipes and Drums (Nova Scotia) was formed in May 2004 and is one of seven RCMP volunteer pipe bands located in communities across Canada.

The RCMP ‘H’ Division Pipes and Drums is comprised of police and citizen volunteers from throughout Nova Scotia who come together to share and showcase their musical talent and help bring the community closer to its national police. Since its first public appearance at the annual Apple Blossom Parade in Kentville, NS, in May 2005, the band has been in constant demand to appear at public functions.

The band proudly wears the RCMP tartan kilt and world famous red serge tunic as its dress uniform. The tartan was designed in 1997 with colours derived from the RCMP uniform and badge. It was officially presented to the RCMP by HRH Princess Anne at a ceremony held in Fredericton, NB, in 1998. 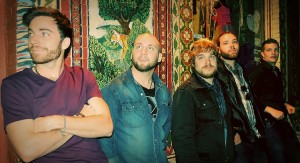 Expressing their passion through a 5-piece “rock ‘n’ roll band with a fiddle,” The Regal Beagle Band has racked up multiple East Coast tours, a handful of Ontario trips, and a whole lot of teeth-cutting in their mother province of Nova Scotia.

In over 100 live performances, they have shared the stage with critically-acclaimed acts like The Stanfields, The Town Heroes, and Ben Caplan.

Their latest LP “In Days Past” is a genre-defying collection of songs spanning rock and roll, folk, country, and Celtic influences. 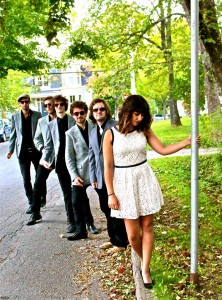 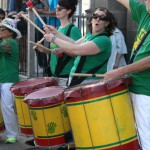 Halifax’s own Samba Nova rocks out dynamic Brazilian rythms in a batucada style that will get your feet moving from the very first beats.

This multicultural and multi-generational community group has been a fixture in Halifax for over 15 years. 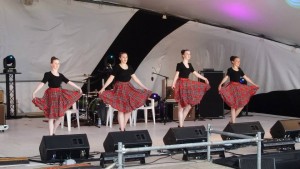 The Scotia Highland Dancers are comprised of competitive highland dancers who thrill their audiences with their intricate footwork, innovative choreography and colorful costumes.

While these elements create an atmosphere of excitement, it is ultimately the enthusiasm of the dancers that spreads to all those that share this highland experience.

Formed in 1979, the Scotia Highland Dancers have been dedicated to providing the youth of eastern Nova Scotia the opportunity to participate through music and dance in the Scottish culture that plays such a major role in the communities from which its members are drawn. 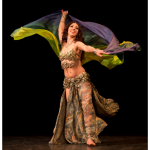 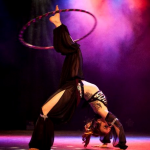 MultiFest is pleased to welcome Halifax’s Serpentine Studios to both our mainstage and evening burlesque line-up again this year.

Laura Selenzi and Monique Ryan have combined Tribal Fusion and Classic Egyptian training to create a unique and hypnotic style that has delighted audiences across Canada since 2003.

Get ready to be entertained by Serpentine’s brand of Bollywood, traditional Egyptian bellydance, sword balancing, acrobatics and more. 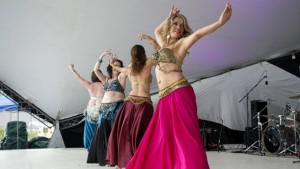 Sisters of Dance is a troupe of local, professional belly dancers who have been dancing in Halifax for over a decade.

Their love of Arabic music and dance and passion for creating original choreography and learning new challenging styles of dance has kept the group inspired and motivated as a dance troupe. 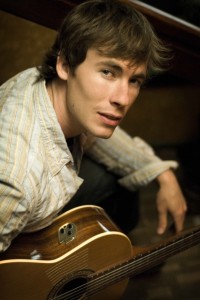 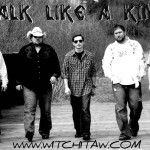 Their latest Nashville-recorded album “Tearin’ It Up” was nominated for Country Recording of the Year at 2014’s Molson Canadian Nova Scotia Music Week.